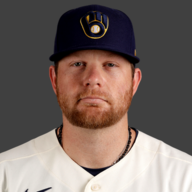 To start the game, Brett Anderson had a good 1st inning. He gave up a single to Joe Mauer, but three fly balls ended the inning safely for the starter. In the 2nd, Minnesota hit a leadoff single on the first pitch from Anderson. The starter recovered by inducing a double-play ball from Rosario. The Blue Jays were lucky to get the double play because the next batter, Vargas, hit a double to the gap in right-centre field. Another ground ball ended the inning. Anderson did a good job getting himself out of trouble.

The Toronto starter came out firing in the 3rd. He struck out the first two batters and then got a ground ball to finish the frame. Anderson works very quickly, not taking much time between his pitches. He was in great shape after three innings, having thrown only 28 pitches – 20 of them were strikes. Excellent efficiency from the veteran lefty.

With one out in the 4th inning, Anderson issued his first walk as a Blue Jay. Pretty impressive stat considering tonight’s game was his fourth start with the team. After striking out Buxton, the starter gave up an infield single on a slow chopper from Rosario. Another strikeout ended the inning without any damage.

Anderson gave up two more walks in the 5th with one out in the frame. He then loaded the bases with yet another walk to Mauer. The next batter, Polanco, hit a two-run single which put the Twins ahead, 2-1. John Gibbons came out of the dugout to remove him from the game. Anderson showed the manager something on his finger, probably a blister, which was likely the cause of his control issues in the frame. Brett was visibly upset about what happened. He pitched a great game up until the 5th. 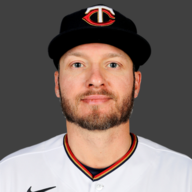 The Blue Jays hit consecutive singles with one out in the 2nd inning. They were facing Jose Berrios for the Twins, who has a decent record for the club. One out later in the 2nd, Lopez was issued a four-pitch walk to load the bases. Berrios struck out Urena to end the inning. It was the second time he struck out the young shortstop. After two innings, Toronto had stranded four baserunners.

Later, in the 5th, Raffy Lopez hit a double to the wall in left-centre to start the inning. He was moved to third base on a sacrifice bunt. Donaldson hit a shallow fly ball to left field. There were three Twins converging on the ball, but none of them called for it. The ball ended up dropping, scoring the first run of the game for Toronto. Berrios recorded the next two outs, but the Blue Jays had the lead, 1-0.

Kendrys Morales drew a walk to start the 6th. A long fly ball to the warning track from Pillar became the first out of the inning. It was not the first time Toronto had hit one to the track in the outfield. The ball was not carrying at all tonight, the wind kept knocking everything down. Otherwise, there would have been a few home runs for the Blue Jays. A single from Goins put runners on first and third for Toronto. Pinch-hitter Hernandez struck out to end the inning, stranding two.

A one-out walk by Donaldson was followed by a single from Smoak in the 7th. The Blue Jays had runners on the corners and a good chance to score a run. Facing Hildenberger, Bautista and Morales struck out, ending the inning with two runners on base. The Blue Jays blew another opportunity to score some runs.

The closer, Matt Belisle, was on the mound to face the top of the order for the Toronto in the 9th. Urena struck out in three pitches, then Donaldson hit a ground ball for the second out. Next up, Justin Smoak hit a home run to right field. Belisle was feeding the Blue Jays a steady diet of off-speed pitches. Smoak was waiting for one, and hit an 85 mph breaking-ball to the stands. It was the 38th homer of the season for Justin and the 17th in the 7th inning or later for the slugger. The game was tied 2-2.

After Morales struck out, Kevin Pillar hit a double in the 10th. It was really a single that he stretched into extra bases. Pillar advanced to third base on a ground ball, but was stranded on another grounder. It was the twelfth runner left on base for the Blue Jays. Another really bad offensive game for Toronto. 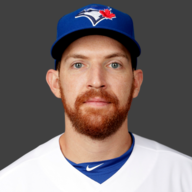 With runners on the corners and one out in the 5th, Danny Barnes entered the game. The first pitch he threw was lined to Goins for an out. The second baseman turned and fired the ball to Smoak at first base to double-up the baserunner. The inning was over just that quickly.

In the 6th, Barnes gave up a one-out single to Rosario. The runner stole second base despite a great throw from Maile. After picking up a strikeout, Barnes gave up a walk. A ground ball ended the inning, stranding both runners. Barnes was out of the strike zone a lot which was uncharacteristic. His fastball command wasn’t there, but he managed to get through the frame.

Tom Koehler took the mound in the 7th. He got two ground balls before giving up a walk. It was the sixth walk issued by the Blue Jays pitchers in the game. A shallow pop-fly ended the inning. Koehler got through the frame needing 22 pitches. It wasn’t pretty, but it did the trick.

Next out of the bullpen was Leonel Campos. He walked Buxton and was promptly removed from the game. Aaron Loup got a bunt from Rosario. When he fielded the ball, his throw to first base hit the runner. He was charged with an error and there were two aboard with no outs. In a big moment for the team, Loup got Vargas to hit into a double play. An infield pop-up to Donaldson ended the frame safely. Aaron did a great job getting three outs to keep the Twins from adding to their lead.

On the first pitch in the 9th, Loup hit Max Kepler, putting him on base. Gibby immediately went to the mound in favour of Carlos Ramirez. There was first a fly ball out, then a double play. Ramirez is an out-machine.

Lefty Luis Santos was out to pitch the 10th. After two quick outs, Santos gave up a walk-off home run to Byron Buxton. It was on a breaking ball from the reliever. Buxton waited for it and hit the ball a mile. Game over. It was exactly the one-millionth walk-off loss for the Blue Jays this season.