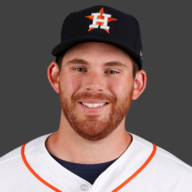 The Red Sox hit a leadoff single against Joe Biagini in the 1st. The runner, Nunez, then stole second and went to third on a sacrifice fly. He ended up scoring on a ground ball, and the inning ended with a tie game, 1-1. Biagini worked an easy 2nd frame, getting three fly balls from the Boston lineup in order.

Similar to the 1st inning, Nunez singled and stole second base in the 3rd. It’s well known around the league that Montero does a poor job catching runners in the act. Biagini walked a batter in the inning, but picked up a strike out and a ground ball which stranded both runners.

After Biagini walked Moreland to lead off the 4th, Bogaerts drove him in with a triple to right field. The hits kept coming when Devers hit an RBI single. The rain was falling in Boston, which wasn’t helping the starter. He was having trouble with his grip on the ball with nothing to dry his hands with. His pitches were getting away from him. A prime example was a changeup he threw Bradley Jr. The pitch just sat in the middle of the plate and the Bradley hit a two-run home run to right-centre field. The Blue Jays were then trailing, 5-1. Joe’s pitches against Nunez, the next batter, were all over the place which led to a walk. That would be it for the starter, who was taken out of the game after 3.1 innings pitched.

Things fell apart for Biagini in the 4th inning when the rain intensified. His uniform was completely soaked and he kept looking for a place to dry his hand. His grip on the ball was definitely affected. That’s baseball. He had pretty tough luck leading to the end of his outing. 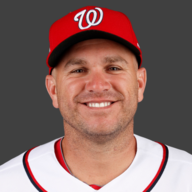 The Blue Jays were without the bats of Donaldson, Bautista and Pillar for the series finale in Boston. Manager DeMarlo Hale decided to give them the game off. The first inning began with a leadoff single by Carrera. One out later, Smoak hit a double off the wall in centre field. Carrera was held at third, presumably because he waited to see if Bradley Jr. would make the catch. With two outs in the inning, Saunders walked to load the bases. An RBI was credited to Montero when Doug Fister walked a run in. The inning ended when Barney grounded out, but Toronto had an early lead, 1-0.

When Goins led off the 2nd inning with a single, he was left standing at second base as the inning ended. Toronto stranded four baserunners in the first two frames. The team stranded a leadoff walk in the 3rd inning as Fister kept shutting the door on Jays hitters with runners on base.

In the 5th inning, Fister struck out the first two batters in the frame. The third out was from a ground ball by Justin Smoak. The Boston starter had really settled in. He struck out eight Blue Jays to that point in the game. In the previous game, Toronto batters struck out 23 times. To say that the offense was struggling would be putting it lightly.

Toronto had the leadoff hitter on base for the 6th and 7th innings, but both times the runner was stranded. Fister got himself out of the jam each time. The Blue Jays had left seven runners on base, and were 0-6 with runners in scoring position after the 7th inning. They weren’t doing themselves any favours.

There was nothing else of note for the Toronto offense. They were held to one run in the game on four hits. They can’t buy a run since getting ten in the series opener. Hopefully a day off and a return to the Rogers Centre will help them turn things around. 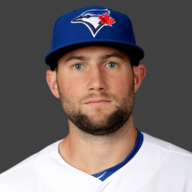 Looking to stop the bleeding in the 4th, Tim Mayza came out of the bullpen. He got Pedroia to hit into a double play, which ended the inning. The next frame, he got two quick outs before giving up a single to Moreland. The reliever was able to get a ground ball to end things in the 5th.

Rafael Devers led off the 6th inning with a single against Mayza. The next batter, Leon, hit a double to the corner in left field, putting runners on second and third base. When Bradley Jr. swung at a pitch and one of his hands slipped off, he almost hit himself in the head with the bat. The rain was being a nuisance to everyone. Bradley ended up hitting a ground ball which scored the sixth run for Boston. There was an error by Urena on the play when he missed the grounder on the wet grass. Mayza was then taken out of the game. He pitched well up until the 6th inning.

The next reliever for Toronto was Carlos Ramirez in the 6th. He plunked Young in the arm which load the bases. Ramirez usually has excellent command of his pitches, but the wet conditions were affecting him as well. The mound looked very slippery. The manager, DeMarlo Hale, talked to the umpires about not only fixing the mound, but getting his pitcher a new rosin bag. When Benintendi hit a fly ball, Saunders dropped the ball in left field. He picked it up and threw it to home plate for a force out. The catcher then got the ball to third base, getting another runner. A strange series of events, but it ended the inning nonetheless.

Ramirez gave up a walk in the 7th inning, but got the next three outs in sequence. He struck out Bogaerts in the process. The rain had let up a little bit, and Carlos regained his control. The 7th frame more closely resembled what we have seen from Ramirez in his previous outings.

For the 8th, Aaron Loup took the mound. He got two ground ball outs before walking Brock Holt. A strikeout ended the inning for Loup. He pitched his inning very well.