The Blue Jays win a nail-biter to take the series in the Bronx.

Marco Estrada is in a deep funk and was trying to put something together against the Yankees today. He got through the 1st inning unscathed, which has been a problem for him in the past. He highlighted the inning by striking out the extremely dangerous Aaron Judge.

The first mistake for Estrada came in the 4th. After walking Brett Gardner to start the inning, Aaron Judge hit one deep to centre field to put the Yankees on the board 5-2. Prior to that, Marco had faced the minimum number of batters in the game. He managed to put the home run behind him and close the inning out without any further problems.

In the 5th, Ji-Man Choi hit a two-run home run after Ellsbury had singled to lead off the inning. It was only the third hit of the afternoon for the Yankees, but they were making them count. After such a great start to the game, Estrada was getting hurt by the long ball. Still in the 5th, he loaded the bases on a couple of walks and a single. Estrada then allowed a two-run double to Didi Gregorius which ended his day.

Kind of a heart-breaker for Estrada. He looked amazing out of the gates, retiring the first seven batters he faced and not allowing a hit until the 4th inning. His pitches looked great, but the Yankees picked up on something and came alive offensively. It should be noted that he had Toronto newcomer Miguel Montero behind the plate calling the pitches. Estrada doesn’t shake any signs off, but instead allows the catcher to call the game. Marco ended up throwing 108 pitches in the game due to his troubles in the 5th. 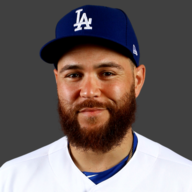 Jose Bautista picked up where he left off yesterday: hitting singles. He led the game off with a single to right field. He is embracing the leadoff spot and getting on base however possible. Bautista was able to score on an error in the outfield when Justin Smoak singled. The 1st inning ended with Smoak on base, but the Blue Jays had taken an early lead, 1-0.

In the 3rd inning, with Russell Martin on first base, Justin Smoak destroyed a Michael Pineda change-up. He took it deep to right-centre field to put Toronto in front, 3-0. The next batter, Kendrys Morales, followed up with a homer of his own. He hit a breaking ball to the centre field stands. Pineda was struggling with his command and the team was taking advantage of it.

The Jays continued to pound Pineda into the 4th. Kevin Pillar took him deep to lead off the inning for his 10th home run of the season. It’s a good sign to see him hit one out, perhaps his bat is getting hot again. It was his second hit of the game, he had slapped a slow rolling single in the 2nd inning. The homer effectively got Pineda out of the game and gave the Blue Jays a 5-0 lead.

To begin the 7th inning, Russell Martin hit his 8th home run on the first pitch he saw. He took the 91 mph cutter over the fence in centre field to tie the game 6-6. It appeared that the Blue Jays offense was cooling off against the New York bullpen, but Martin found a way to get on the board. Troy Tulowitzki also got his second hit of the game in the 7th when he singled to centre. He how has two consecutive multi-hit games.

New York reliever Dellin Betances walked the bases loaded in the 8th inning with no outs. Martin picked up an RBI when he drew a walk. The walk gave Toronto the lead, 7-6. After a pitching change, Justin Smoak struck out and Morales hit a fly ball. It was a really good chance for the Jays to blow the game wide open, but they failed to take advantage of loaded bases. 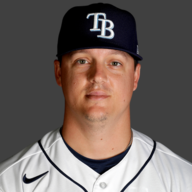 With two outs in the 5th inning, Aaron Loup was brought into the game to face Chase Headley. He ended the inning by getting a fly ball. Aaron remained in the game for the 6th inning. He did a good job retiring the Yankees in order, including a leadoff 3-pitch strikeout of Ellsbury. Loup had a couple of walks in the 7th before leaving the game. He was removed immediately after an intentional walk of Aaron Judge. Not the best way to be taken out of a game, after a walk is placed on your record.

Danny Barnes came in to face the Yankees with one out and two runners on-base in the 7th inning. He struck out Gary Sanchez and got a fly ball from Gregorius. In the 8th, Barnes got through the order with ease, striking out two. Barnes did a great job in the game, he threw a lot of strikes and didn’t give the Yankees any chances.

Closer Roberto Osuna took the mound to preserve the one-run lead in the 9th. A ground ball from Gardner got past Smoak at first base for a single with two outs in the inning. To end the game, Osuna struck out Aaron Judge. A little bit of drama for the Yankees fans at the end, but the door was shut by Osuna.