The starting pitcher was good, and the offence wasn’t. You wouldn’t be wrong to thing this sounds a little bit like 2016. 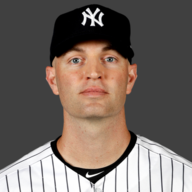 Let’s start with some good news. JA Happ had an impressive debut tonight. His final line reads 7.0 IP, 3 ER, 5 H, 9 K, 0 BB. Happ started strong, with two clean innings (minus a Josh Donaldson throwing error). Happ eventually ran into some problems in the middle innings. Adam Jones got just enough of one in the 3rd, and dropped it over the left field wall for a two-run homer. Chris Davis added a solo shot in the 4th for the Orioles’ third run of the game. Happ started to shut things down after that. The Orioles picked up two more hits following the Davis homer, but that was it. More impressively, Happ racked up nine strikeouts on the night. He actually recorded six consecutive outs from the 5th to the 7th via the strikeout. It would be awfully nice if Happ could join Francisco Liriano as another strikeout pitcher in the rotation.

It should also be noted that Happ, who has a tendency to be inefficient, threw only 89 pitches over 7.0 innings, even with all of those strikeouts.Although he gave up three runs early on, it was still a great performance. 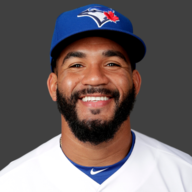 The offence from Opening Day was back in full force tonight. The bats did a whole lot of nothing. Sure, Devon Travis drove in Justin Smoak to give the Jays’ their first lead of the season (because of course Smoak would be involved). But apart from that, there wasn’t much happening. The lineup looked outmatched for most of the night. It hasn’t been pretty so far. It’s also only been two games.

Despite their struggles, the Jays did have a chance to get something going in the 8th. With Brad Brach on the mound, Smoak came up with his second hit of the game, as he drove a ground rule double over the left field wall. So Smoak was the most productive player of the night. Kevin Pillar then popped out, before Travis struck out. Ezequiel Carrera was brought in as a pinch runner, and advanced to 3rd on a wild pitch, but Donaldson ended the inning with a strikeout. The top of the order has to get going.

There was one last ditch effort against Zach Britton in the 9th. Bautista led things off with a single, and Morales followed with another (his first hit as a Blue Jay). In came pinch runner extraordinare, Ryan Goins. I guess it would’ve been nice to have Melvin Upton in that situation, but there’s no sense worrying about that now. At any rate, Troy Tulowtizki followed with a strikeout. Russell Martin then worked through a full count for a walk, which made things very interesting for Steve Pearce. It wasn’t meant to be, though. After a close foul ball up the third base line, and a generous call that should’ve been strike three, Pearce eventually grounded into a game-ending double play. 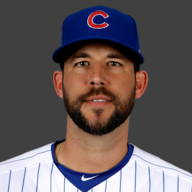 There wasn’t much work for the bullpen tonight. Ryan Tepera made his season debut in the 8th. He had a perfect inning, as JJ Hardy, Joey Rickard, and Jones all grounded out. More of that, please. The silver lining from tonight’s game is that the bullpen will be fully rested for the four-game series against he Rays.

Extra Innings
1
Finally, there were a couple of injury scares. Pillar made his first spectacular catch of the year tonight. Manny Machado hit a deep fly ball to centre field, which Pilllar tracked down, before he crashed into the wall. I thought he knocked himself out. I also realized just how vulnerable centre field would be should Pillar finally injure himself this year, especially now that Dalton Pompey is dealing with another concussion. In similar near-injury news, the Jays were almost in a very bad spot in the 6th. Mark Trumbo fouled a ball off, and it hit Russell Martin directly in his bare hand. Buck and Pat were all but convinced that he broke a bone. George Poulis had a look at it for a few minutes, and ultimately decided that Martin could carry on. That was nearly a disaster. If this was 2013, then both Pillar and Martin would be heading to the DL tomorrow.

It hasn’t been a great start to the season. Now the Jays get to head down to the Trop to see if they can erase years of bad luck. We get to see Aaron Sanchez, though!